The beginning of the end for Apple? 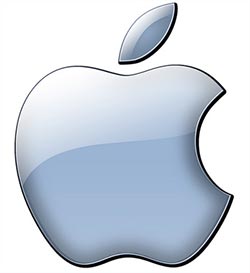 I just heard on NPR this morning that Apple reported it’s first quarter without a rise in profits in (if I recall correctly) two years.

Speculation was that the iPhone market has stagnated.

I would hope so. My first iPhone was a 3GS and it was much better than the 4G or 4GS today as Apple has failed to address a serious reception problem that’s due to their relocating of the antennas inside the phone.

My 3GS was hands-down the best phone I ever had. It’s reception was impeccable, crystal clear and never dropped a call. My move to the 4 was the exact opposite experience. Feeling that I may have simply received a faulty phone, I went to the Apple store and had it replaced – still terrible reception. An afternoon of internet research revealed that, not only was I not alone, this was a huge problem for iPhone customers worldwide.

I could recount many “home remedies” to increase the reception, but it finally came down to this: when Apple tested its new phones, they would have them in cases so people didn’t recognize them. This masked the problem of human skin interfering with the newly relocated antennas.

So, if you want better reception, buy a case.

Not just any case. I had to dig deep to find a webpage in Apple’s site that states that they are aware of the reception problem and that I could get a free case at the Apple Store to correct the problem. I did just that. It wasn’t easy. I had to find the web page again at the Apple Store (they, apparently, were unaware of this) and eventually got my black, rubber band-like case that essentially cured the problem completely. However, my girlfriend, having the same problems with her 4GS got a hard plastic snap-on case that only provided moderate improvement.

I want the Apple of Yesteryear back!

Apple has probably seen its best days. Everything and everyone (RIP Steve Jobs) has their life span. To me, Apple was synonymous with Mac – the product that revolutionized the computing world (Yes, PCers, you’d still be typing DOS commands if it weren’t for Apple). A life-long Mac guy myself, I HAD a subscription to MacUser for over 15 years, but they, like Apple, got so focused on all the other Apple brands that I no longer found it useful. I also have no idea how they can continue to call it MACuser, as they rarely recognize the product line anymore.

And Apple obviously doesn’t have the Master of New Frontiers in Steve Jobs anymore. This isn’t to say that Apple will now lose its marketshare in its various products, but perhaps they should get back to making sure these products are 100% quality rather than focusing on further expansion. Apple was making BILLIONS of dollars in profits the past few years. I think they can afford to put that glorified rubber band around their iPhones (at no additional cost), so the damn phones get proper reception.

As it is now… they expect you to pay an extra $30 for the glorified rubber band.

Don't miss out–Get your O5Opodcast episodes and freebies right to your email box!

Just a bunch of friends trying to improve a little bit more each week!

You've successfully subscribed! Welcome aboard. Don't hesitate to reach out and ask questions!